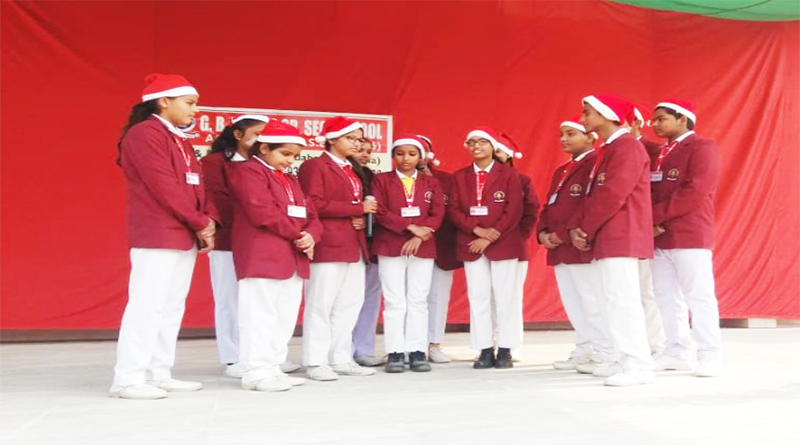 The Pre-Primary wing wore a festive look with bells, streamers and a beautifully decorated Christmas tree. Several activities such as decorating Christmas Trees and Stockings, making Christmas Cards and Hand-crafted bells were organized for the students. During this the children were told about birthday of late Atal Bihari Vajpayee along with Christmas.

The spirit of giving and sharing was inculcated among the tiny tots as they exchanged exquisitely packed gifts with each other and played games. Class wise activities and parties were also organized for the junior and senior wing of the school. Later they were rewarded by the Chairman Pt. shiv Kumar Prashar.

The Chairman told to the children that Christmas is celebrated to remember the birth of of Jesus Christ, who Christians believe is the Son of God. The name ‘Christmas’ comes from the Mass of Christ (or Jesus). A Mass service (which is sometimes called Communion or Eucharist) is where Christians remember that Jesus died for us and then came back to life.

at the end, the Principal Ranjeet Kumar Bharti told the boundless joy of celebrating the festival was amply visible on the faces of the children especially when Santa moved around distributing sweets to them.