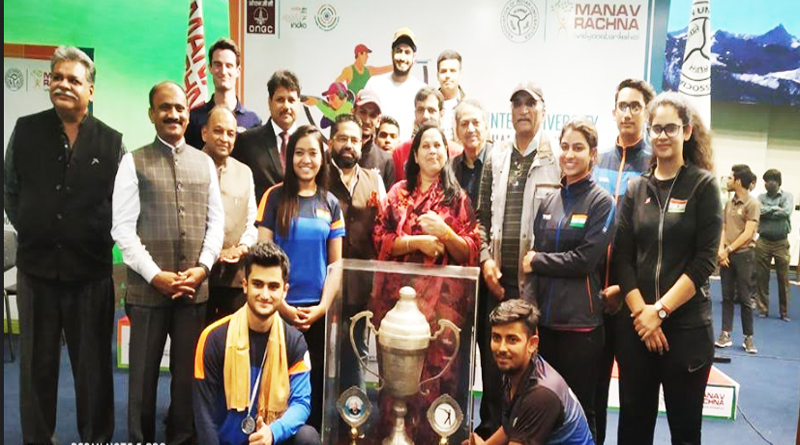 The ceremony commenced with a beautiful cultural dance performance by Manav Rachna students.

Dr. Sanjay Srivastava shared that this is the first time AIU has chosen a private university (MRIIRS) to host and organize this prestigious annual competition. For the very first time, the championship has been held with electronic targets in an International standard range to give a true-blue international feel to university students.
Peter Wilson congratulated shooters and motivated them with his graceful words, “I urge you to push yourself to the absolute pinnacle. Hard work is the only route to success”. He was also appreciative of the facilities provided to the shooters during the championship and the Olympic level Shooting Range at MRIIRS. The Overall Champions Trophy was bagged by Panjab University, Chandigarh.

Next Article → J.C. Bose University asked all the affiliated colleges to prepare themselves for NBA and NAAC Accreditation
FOLLOW US
Advertisements
Breaking News