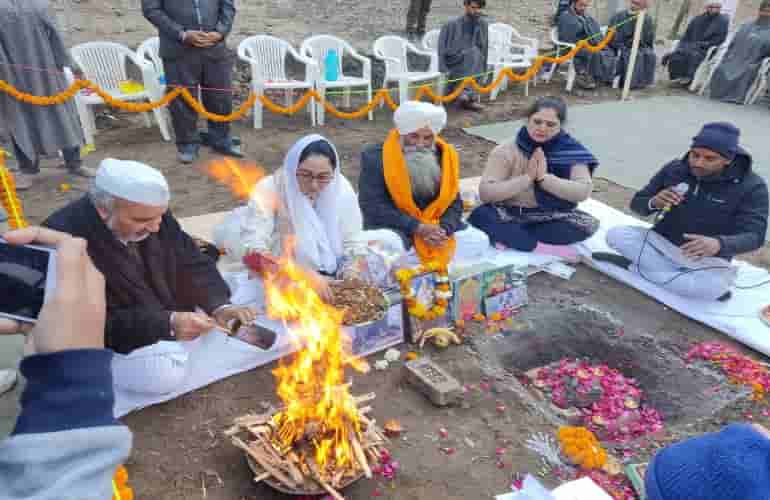 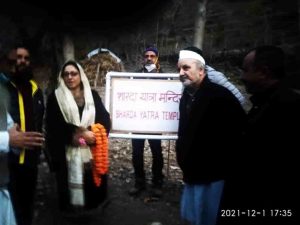 The programme was arranged by Save Sharda Committee Kashmir Regd. Under the aegis of ‘Sharda Yatra Temple Committee Teetwal’ at 10:30 AM. Around 200 locals from all faiths took part in this event. The event was organized under the supervision of Ravinder Pandita Head of Save Sharda Committee and team members alongwith locals of Tangdhar & Teetwal.

The immersion of Puja sacred water was immersed in sacred Kishenganga river on LoC White line bridge that is manned together by Indian & Pakistan army. About 10 supporters of Sharda mission from across LoC also came to greet Sh. Ravinder Pandita, head of Save Sharda committee.