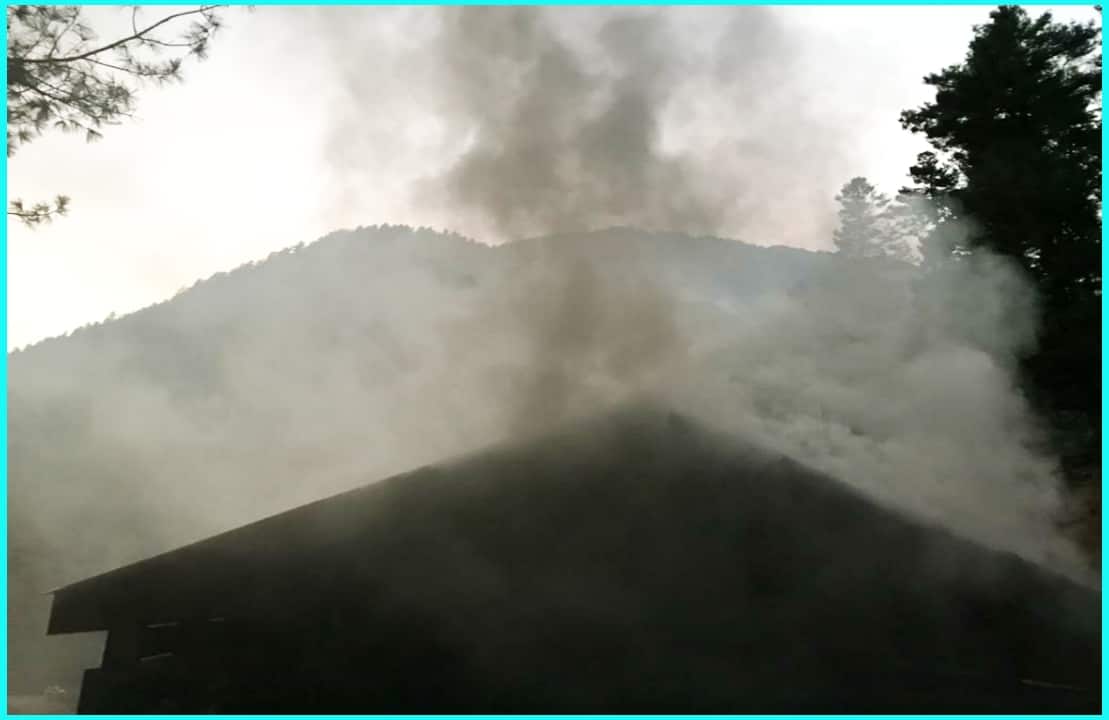 PNN/ Srinagar/Rayees Magray: As the central government is making tall claims about ‘Swachh Bharat Abhiyan’, many pristine places in the hilly area of Kashmir are being spoiled due to lack of proper planning in sanitation management. One such example is that of famous health resort Pahalgam in Anantnag district.

Pahalgam does have a solid waste management plant set up recently by PDA but despite that the local residents complained that wastes are still burnt in open late evening hours as a result of which the waste generated in this famous health resort is often dumped on the banks of the River lidder and set on fire, causing massive pollution across the Pahalgam and on the river bank.

The waste that is burnt includes not only household waste but also hazardous materials like polythene, medical waste and electronic waste. Residents living in near by villages said that the waste burnt in the open emits toxic gases which are polluting the pure air and making residents vulnerable to many respiratory diseases like asthma, chronic obstructive pulmonary disease and even fatal diseases like lung cancer.

Also, the vicinity of the dumping zone near a village has increased the chances of its soil being contaminated by the ash being generated due to the burning of the waste.

The Pahalgam has a population of more than 20,000 and also people along with thousands of tourists living in hotels of Pahalgam are getting suffered from this pollution.

Rayees Ahmad Lone President Municipal Committee Pahalgam said “We have already sent them a notice and will lodge FIR against those who are responsible for all this as residents are suffering at largest apart from environment.

When contacted Executive Officer Municipal Committee Pahalgam, he did not pick up phone.

Despite officials’ denial though, open burning of waste is a stark reality in Pahalgam which residents said can be controlled only if a proper solid waste management plant set up recently functions properly.

People suffer in Pahalgam as Laripora-Golf course road in shambles